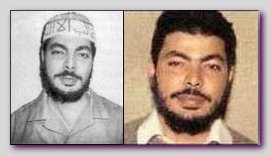 El-Sayyid Nosair became a memberof Al Farook Mosque congregation. In 1987 he founded, with the imam of the Mosque Fawaz Damra, Mustafa Shalabi and other members of the Al Farook Mosque the “Al Kifah” association to raise money and recruit volunteers to the war in Afghanistan. That activity was welcomed by the USA security establishment as it was regarded aimed against the Soviet Union in Afghanistan.

In 11/05/1990 evening, with a gun purchased by Al Farook Mosque member Wadih el Hage, El-Sayyid Nosair, disguised as an orthodox Jew, assassinated the leader of the Jewish Defense League Rabbi Meir Kahana in the lobby of Mariott Hotel, Manhattan, New York.  Outside the hotel in the escape car Mahmud Abuhalima, also from Al Farook Mosque, was waiting.
.
El-Sayyid Nosair was arrested in the crime scene with the gun but after a long controversial trial was acquitted. At that time authority looked upon the case as “one crazy Arab killed one crazy Jew“.
.
The evening of Rabbi Meir Kahana ’s murder the police halted in El-Sayyid Nosair apartment Mahmud Abuhalima and Mohammed Salameh, both were later convicted of “aiding and abetting” the World Trade Center bombing on 02/26/1993, but released them after a few hours.
.
In El-SayyidNosair’s apartment the police found also videotapes and chests of papers in Arabic. All that material was overviewed only after the 02/26/1993. It turned out that this material contained dozens of Arabic bomb-making manuals, documents related to terrorist plots, Army Special Warfare Center manuals, secret memos linked to Joint Chiefs of Staff that were stollen by Ali Mohammed and tapes of the Blind Sheik Omar Abdel Rahman threatening “…high world buildings”.
.
In 03/1991 El-Sayyid Nosair, already in jail in Rickers Island, and Wadih el Hage plotted to plant 12 pipe-bombs in Jewish targets in New York and to assassinate El-SayyidNosair’s judge but never came to execute their plan.
.
After the World Trade Center bombing on 02/26/1993 El-Sayyid Nosair was accused of having a role in the attack, he was sentenced to life in prison and is now ( 02/2007) in ADX prison in Florence, Colorado.
* Related topics –