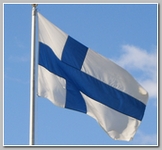 The police in Finland arrested Iraqi twin brothers on Tuesday 12/08/2015,  suspected of being members of the Islamic State and of shooting 11 unarmed prisoners during a massacre by the Islamic State of as many as 1,700 unarmed Iraqi soldiers, in 06/2014, near Tikrit, Finnish news reports said Thursday. The the gunmen were not. yet, wearing masks at the time,

Finland’s National Bureau of Investigation said on Thursday that the men had arrived in Finland in 09/2015 and were arrested following an investigation. News reports said they did not resist arrest.

The Finnish national broadcaster, Yle, reported that the men, who are 23, were asylum seekers, and the arrests intensified concerns that terrorists were slipping into the stream of refugees in an effort to avoid detection by security forces.

** In Geneva on Thursday, the authorities raised that city’s level of alert and deployed additional police in an apparent search for terrorist suspects. The city’s office of security said that “as part of the investigations following the Paris attacks,” it had been notified by the federal authorities that “suspicious individuals” may be in the city or surrounding areas.

The alert came as the city prepared for talks scheduled for Friday on Syria between senior American and Russian officials, as well as the United Nations special envoy for Syria, Staffan de Mistura.

An estimated 32,000 refugees had entered Finland so far this year, many from Iraq and Afghanistan, and that the migrant crisis was stoking some resentment in a country that does not have a strong history of immigration.