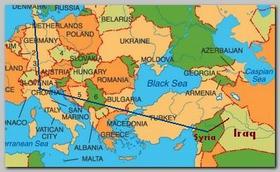 The Nilan  03 Cell was a cell of young Muslims, most of them from North African descent, that recruited Muslins volunteers to the war in Iraq. The cell was operating from Milan region in North Italy although the ringleader Abderrazak Mahdjoub operated from Hamburg, Germany.

The members of the Nilan  03 Cell were accused of recruiting about 200 volunteers to Iraq War. Some of them carried out the missile attack on Rashid Hotel in Baghdad, Iraq on 10/26/2003 which caused the death of a USA Army Colonel at the time when Deputy Secretary of Defense of USA, Paul Wolfowitz, stayed in the hotel. The attack in Rashid Hotel in Baghdad was carried out by Abu Musab al Zarqawi and Ansar al Islam network in Iraq. Police suspected that the Milan network recruited Kamal Oridichi, a young Moroccan who grew up in Italy but ended up volunteering his life for a suicide attack in Iraq in 2003 or 2004.

On 11/25/2003, half a year after the beginning of the Iraq War, the Italian police arrested in Milan, North Italy, Toumi Ali Ben Sassi, in suspicions of assisting terror. The arrest led to 5 more  arrest warrants issued by the Milan prosecutor.

On the 11/27/2003, in coordination with the German police, Abderrazak Mahdjoub, age 30, was arrested in Hamburg.

Bouyahia Maher Ben Abdelaziz, age 33 and Housni Jamal, age 30 were arrested at the same time in Milan.  Two other suspects: Mohamed Majid, an Iraqi aged 33, fled to Syria and was extradited to Italy in early 2006; Bentiwaa Farida Ben Bechir, a woman born in Tunisia in 1961 but who has been living in the northern Italian town of Padua has probably returned to Tunisia. When the police searched the home of the suspects the police found 200,000EU in cash.

The arrests come just over two weeks after Nasiriya Bombing killed 19 Italian soldiers and policemen in southern Iraq on 12/11/2003.

Abderrazak Mahdjoub was acquitted in Milan from the charges against him on 09/16/2006. Mohamed Majid was sentenced to 10 years and Housni Jamal to 7 years for “criminal association with the aim of international terrorism”

The Italian court decided and set a precedent in the case of the Nilan  03 Cell that to recruit or volunteer to a war in another country against a foreign occupant power there,  without the intention to hurt innocent civilians, cannot be defined as terror.