UNIFIL UNDER ANOTHER ATTACK 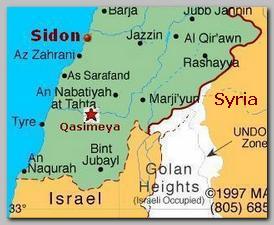 Lebanese security officials said today, 07/16/2007, that a roadside bomb hit an UN peacekeeping patrol (UNIFIL) in South Lebanon, near the bridge of Qasimiyeh on the Litany River in the central section of South Lebanon.

There are no reports of casualties and the nationality of the peacekeepers in the patrol is unknown.

Six Spanish peacekeepers from UNIFIL  were killed on 06/24/2007 when their vehicle was hit by a bomb in the Eastern section of South Lebanon, near the Shiite town of Al-Khiam, about 3 km north to the Israeli village Metula (see – .Khiam 06.24.07 )

Lebanon is facing a major crisis and the attack comes on the day that the Lebanese factions are convened in Paris, France, in an effort to solves the LEBANESE crisis.

It is almost certain that the attack is a signal to all the parties involved in Lebanon.