More then a month passed since the Hamas took over, on 06/15/2007, Gaza Strip and the Palestinian Authority was divided to two Palestines – Hamastan in Gaza Strip and Fatahland in the West Bank. Despite the short time, the Palestinian society is passing fundamental changes, which make the dream of one independent Palestine foggy. 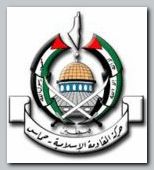 HAMASTAN -The main problem of the ordinary Palestinian was the anarchy in the streets of Gaza. Dozens of armed masked gangs, alongside seven deferent police forces, flooded the streets, exchanged fire with each other what ever the reason was, kidnapped people of means for ransom or collected protection money. Many innocent Palestinians were killed or wounded by random exchange of fire. The Hamastan authority almost put an end to the chaos and anarchy. Only one security force which serves as police, army and security service is patrolling the streets and maintains order.

There is a fundamental cultural change in Gaza Strip. Many of the men began to grow beards, the music in the streets is in accordance to the Islamic code and women are dressed more in the modest, traditional way then the more liberal Western style. The changes are not, generally, imposed on the public but the new atmosphere is enough to cause the change.

Despite the economical siege on Gaza Strip there is some recovery. The relative calm and secure situation is encouraging people to open their bussiness and to be outside rather then to close themselves in their apartments. The Palestinian Authority from Fatahland is paying the wages of about 60,000 Policemen, security personnel and civilian employees in condition that they will not served under the Hamas Authority. It is not clear if the Hamas really need them but their money pumps, in some degree, the local economy. More money comes from Iran, Qatar and Saudi Arabia.

The Hamas enjoys full legitimacy and is not facing any substantial opposition in Gaza and, although there is some fear from the Hamas, it seems that most of the population feels comfortable with the new situation. The best indication is that there is no pressure to leave Gaza Strip, on the contrary, thousands want to return back (07/2007).

FATAHLAND -The main problem of anarchy is not yet solved in most of West Bank. Armed masked men fully control the streets of Nablus, Jenin and many towns, especially in Samaria. Fathland Authority, rather then confront them, tries to buy them out with cash money or promising positions in the already corrupt administration. In this way the gang leader, that made his money from extortion, is supposed to be a police officer.

The eight deferent security and police services quarrel which each other rather then provide any order and stability.

The flood of money poured on the Palestinian Authority is not, yet, felt in the economy and there is no visible change.

Although is seems that President Mahmoud Abbas enjoys large support, he also faces substantial opposition from the Hamas, the Islamic Jihad and also in the Fatah. Some in the Fatah blame President Mahmoud Abbas for making all the possible mistakes that bring upon the partition, de facto, of Palestine and that even now he refuses to make the necessary steps to restore law and order in the West Bank.

For the moment Hamastan is showing much more vitality then the Fatahland. If the Palestinians are still dreaming about one Palestine it is only a question of short time that the two Palestines will negotiate a compromise, despite the hopes of the Western World. It must be soon because the cultural changes in Gaza Strip will, within a short time, shape a new identity for the people of Gaza.