THE VALUE OF PALESTINIAN LIFE 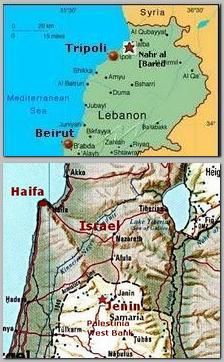 After two weeks of street fighting Israel took over the Jenin  refugee camp. Israel did not use artillery or air strikes in order to save the life of innocents and managed to evacuate the defenseless population from the camp. When the fighting was over 22 Israeli soldiers were killed and 54 Palestinian – 51 militants with weapons in their hands and three civilians. In the last stage of the battle Israeli bulldozers leveled down the last Palestinian stronghold, about 1% of the total refugee camp territory – 1 hectare from the total of more then 100 hectares of the refugee camp. The rest of the camp was only slightly damaged. This 1 hectare became the hotspot of politicians, journalist and photographers and created a deceiving image as if all or most of the Jenin  refugee camp was in rubble.

Despite the cautious measures that Israel took the UN Security Council appointed a commission to report of Israeli atrocities, civilian massacres and genocide of Palestinians. After about a year the UN cleared Israel formally from these allegations, but the damage in the European public opinion was already done.

The Palestinian refugee camp Nahr al-Bared in North Lebanon, close to the city of Tripoli, has about 40,000 inhabitants, similar to Jenin  refugee camp. From Sunday 05/20/2007 the Lebanese Army is engaged in heavy fighting with “Fatah al-Islam”, an  Islamic militia in the camp. The battle erupted after police raided an apartment, occupied by militants, in Tripoli. The armed militants resisted arrest and a gun battle ensued.

Today, 08/20/2007, after three months of fighting, the total number of casulties in Nahr al-Bared between the Lebanese Army and “Fatah al-Islam” is about 420 people. 160 soldiers, more then 220 “Fatah al-Islam” fighters and about 42 innocent citizens were killed in the conflict. The Lebanese army uses Artillery and shelled the camp with hundreds of shells, large part of the camp is in ruins and more then 25,000 inhabitants of the camp are still in temporary shelters outside the camp and it is not, yet, over.

So far there is no political demand to investigate the atrocities, civilian massacres and genocide of Palestinians by the Lebanese Army. The Arab league, the European Union or the UN did not convey even once to discuss the humanitarian crisis.