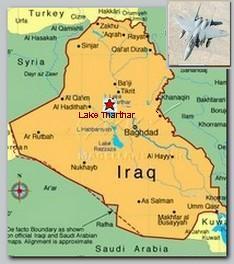 USA army in Iraq has admitted that on 10/11/2007 6 women and 9 children were killed in an operation north of Baghdad, in which 19 suspected insurgents also died in an air strike.

The air strike at Lake Tharthar region, 120km (75 miles) north of Baghdad, aimed at senior leaders of al-Qaeda thought to be meeting at the Lake.

Incidents, similar to Lake Tharthar event, which caused the death of many innocent civilians is not an isolated inccident. In Afghanistan and Iraq mistakes of identification of the enemy, of the right location of the target, manipulation on information and deliberate provocations are almost daily. The number of civilians killed by NATO or USA air strikes is very high, undermines the moral justification of the war on terror, creates more enemies obliged to the sacred vendetta and, the bottom line, counter-productive.

In some cases in the Israeli Palestinian conflict senior fugitives surrounded themselves, deliberately, with children in order to prevent air attacks or to blame Israel for recklessness in killing children.

On 07/23/2002 Israel bombed in Gaza Strip the hideout of Salah Shahade, the leader of the military wing of Hamas.  Salah Shahade was killed in the air strike but at the same time 17 innocent civilians were killed. The event caused public debate in Israel about the moral limit of using power in the war on terror and urged Israel to develop new tactics and new technology meant to improve the intelligence and the accuracy and to minimize the collateral or potential damage if something goes wrong.  Israel developed special missiles with special war heads and began to use a hole variety of unmanned aircraft, which are able to focus on the target in real time and to select the right ammunition, all in order to save the life of innocents as much as possible.

USA is much richer than Israel and uses a larger variety of technology. The Israeli capacity is available to USA for the purpose of fighting terror. The war on terror is all about the ability to identify, exclude and isolate the terrorist from the innocent population even though he tries to use the population as his cover and for his protection. It is very complicated but it can be done effectively.