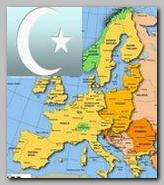 Jaap de Hoop Scheffer – NATO’s Secretary General said on 03/03/2008 he fears the airing of a Dutch film criticizing Islam will have repercussions for troops in Afghanistan.

The controversy is about a film made by right wing Dutch MP, Geert Wilders, which has not yet been screened and according to Geert Wilders the film is about the Koran but he has given no further details. In the past Geert Wilders has called for the Koraan to be banned and likened it to Adolf Hitler’s Mein Kampf. It is assumed that this is the general direction of the film he made.

The Dutch government, also, has warned Geert Wilders that the film will damage Dutch political and economic interests. That controversy breached out just when the dispute about Muhammad Cartoons erupted again in Denmark after the arrest of three Muslim men cell that planned to kill the cartoonist himself, Kurt Westergaard, and the response of the Danish press in republishing the cartoons.

In Holland itself the filmmaker, Theo van Gogh , was assassinated on 11/02/2004 by a radical Islamic cell after he released a 10 minutes movie, based on a script written by former Dutch PM Ayaan Hirsi Ali, named “Submission”, the English translation to the word “Islam” in Arabic.  The movie dealt with violence against women in Islamic societies. Theo van Goth did not, in any way, insult the Prophet Mohammad or turned out against the Koraan.

One can argue whether it is wise or useful to insult Islam and generally speaking insults, scoffing or any sort of arrogance are not useful in promoting efficient dialog between peoples, but the point of freedom of speech is that no one has the right to filter others’ ideas or to control others’ way of speech, except if it is a direct incitement to violence against others. Therefor freedom of speech includes all kinds of expression, useful or not, criticism, demagogy, nonsense, scorns and all kinds of bizarre ideas.

The cultural conflict, mainly in Europe, will shape the future more then front lines of Global Jihad in Iraq or Afghanistan.