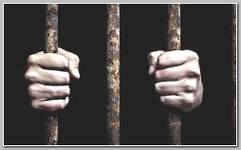 tical Security Organization prison, managed to escape. The militants dug a 130 meters tunnel through which they fled jail.

Eighteen fugitives had been tried for terrorist cases, mainly the attack on the American Destroyer USS Cole and the Limburg Attack case. Some other fugitives were al-Tawhid Battalions, whose members had been condemned of forming an armed gang and planning for terrorist act in Yemen, and another terrorist cell headed by Abdul Raouf Nassib, who were condemned of plots for carrying out acts of devastation and forging official documents.

On 07/14/2006 13 Yemeni intelligence officers were sentenced to 3 years in jail for neglecting their duty and by that, enabled the convicted terrorists to escape. There is little doubt that the fugitives had assistance within the Yemen security apparatus.

The escape boosted and fueled Al Qaeda activity in the next two years and was a major blow to the attempt of Yemen authorities to contain Al Qaeda threat in the country.

*Four persons were convicted on charge of their membership of Al Qaeda organization and formation of an armed gang: Ibrahim al-Maqri, Shafiq Ahmed Omar, Abdullah al-Wadie and Mansour al-rother of Zacarias al-Bayhani.
.
.
.

* Two others: Abdulrahman Ahmed Basurra, and Khalid Mohammed al-Batati, were al-Tawhid Battalions members.
.
* Jamal al-Badawi , the leader of Al Qaeda cell in Sanaa, He surrendered to the Yemeni authorities on 10/17/2007.

Jaber Elbaneh – the planner of the USS Cole attack. He along with other five escapees: Mohammed al-Omdah, Kassem al-Raimi, Nasser al-Wehaishi, Ibrahim al-Huwaidi, who was sentenced on  08/25/2004 for 10 years in jail as an accomplice to Fawaz al-Rabeei, and the Kuwaiti citizen Hamza Salim al-Kuwaiti tried to carry out a car bomb suicide attack on tourist in Marib region. The plot was foiled by the Yemen authority on 09/15/2006 (See – Marib Foiled Attack). On 05/20/2007 Jaber Elbaneh and Mohammed al-Omdah surrendered themselves in to Yemen authorities on the condition that his prison sentence would not be extended and is today (06/2008) in Yemeni jail (see also – 4 Marib Escapees).

* Abdullah Ahmed al-Raimi, also known as Abdallah al-Kini (from Kenya where a large group of Yemenis is living) or Owaiss, was the contact man with the Swiss-Cell and helped to finance the Riyadh Suicide Attacks, on 05/12/2003. He was arrested in Qatar, UAE, on 07/20/2003, and then extradited, in 05/2004, to Yemen, where he appears to be cooperating with authorities. (One indicator: Owaiss identified a picture of one of the Swiss suspects as somebody he had known who had undergone training in explosives at Al Qaeda’s al-Farouq training camp in Afghanistan ).

Abdullah Ahmed al-Raimi was described by the Swiss prosecution (Nicati’s Report) in 08/2004 as an “operational Al Qaeda agent” involved in the October 2000 attack on the destroyer USS Cole off Yemen, which killed 17 American sailors, and a close associate of Saif al-Adel.

al-Bayhani, the brother of Mansour al-Bayhani, Yasser Al-Homikani and one whose name was not disclosed, were scheduled to stand trial on charges of their affiliation to Al Qaeda organization. Hizam Saleh Mujali, the brother and junior associate of Arif Saleh Mujali, surrendered to the authorities on 04/02/2006.

* The brothers Mansour and Zacarias al-Bayhani have two other brothers Ghalib and Tawfiq al-Bayhani, who were in 2006 in USA custody in Guantanamo.