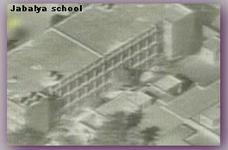 * The 11th day witnessed a growing debate about the Humanitarian situation in Gaza. The Hams uses, regularly, as he did many times before, hospitals, UN installations and children as a protective shield to its operatives. On Monday 01/05/2009 Hamas even hijacked, using gunfire, an aid track in a convoy, sent through Kerem Shalom border crossing to Gaza. On the other hand Israel uses intensive fire power in order to protect the advance of its forces into Gaza. Inevitable mistakes happen and in one case even three Israeli soldiers were killed accidently by such a mistake (see – Cast-Lead 10).  So is the case also with civilian population mixed with fighters and gunmen. The Hamas hit the most distant target from Gaza Strip so far, the town of Gedera, almost 40 km away from Gaza, by a Grad rocket. Altogether the Hams fired on day 11 only 21 rockets, 6 of them long range Grad missiles. An Israeli soldier was killed by a suicide attack of a Hamas activist.

* In the worst case that happened on Tuesday 01/06/2009, known Hamas fugitives, from the middle ranks of Hamas command, and commanders of a rocket launching squad, the brothers Imad Abu Askhar and Hassan Abu Askhar, along with other gunmen found shelter in a UNR”A school crowded with refugees, in Jabalya on the Northern outskirt of Gaza town. From the schoolyard they opened mortar fire on Israeli infantry soldiers, which was returned back with mortar fire too. 34 people were killed in the Israeli fire, most of them civilians but also the two Hamas commanders, the Abu-Ashkar brothers and three or four of their men. One of the bodies was trapped with explosives which added to the number of casualties when the body, probably an explosive belt of a would be suicide bomber, exploded. All casualties in the school were in the open schoolyard. The very same school was already filmed in 09/2007 when it was used for mortar shelling of Israeli forces, which raises the possibility that the mortar was posted there regularly (see – False Accusations).

* The diplomatic efforts geared up in the last day. There is a growing support to the Egyptian new initiative of two stages solution to stop – immediately – the fire of both sides and then, after a full calm is reached, to negotiate a long term solution to Gaza Strip on the base that the border crossing will be under the full control of the Palestinian Authority under President Mahmoud Abbas, there will be an international inspection and supervision on the border between Gaza and Egypt, and Hamas will be prevented from firing on Israel.  Condoleezza Rice, USA Secretary of State, supported the Egyptian initiative in New York but added that in no circumstance the situation can return to its beginning in which Hams is shelling a large Israeli civilian population on daily basis – a situation which no country in the world could tolerate. France and Turkey already said they are willing to send Inspectors to the Egyptian-Gaza border in accordance with a UN security Council resolution. Since Israel needs Egypt for any solution for the Gaza crisis it is most likely that Israel will, eventually, agree to the Egyptian draft. The Israeli PM already said, on Tuesday 01/06/2009, that Israel is looking for an “International Blanket” which will “put out Gaza fire”.

* Israel said it will open, on Wednesday 01/07/2008, a humanitarian passageway not only to pump humanitarian supply to Gaza but also to insure the aid is really distributed to the needy.

* An Arab columnist in the Arabic newspaper “Al Khayat” published in London, U.K, Jihad al-Khazaan, who described himself as a former “peace supporter” called, on 01/06/2009, in his weekly column, for the extermination of Israel and since many Israelis, according to Jihad al-Khazaan, including Foreign Minister Tzipi Livni, support the transfer of the Arab population from Palestine, it is the Jews who should be transferred to their countries of origin.