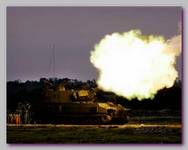 * Israel is pushing, slowly, into Gaza City hoping to pressure the Hamas leadership to an unconditional cease fire. The numbers of missiles launched toward Israel decreased significantly from over 60 a day, in the beginning, to about 13 on Tuesday 01/13/2009.

* From about 200 prisoners captured in Gaza only 30 turned out to be low rank Hamas or terror operatives. The other 170 are scheduled to be released soon back to Gaza. The low number of Hamas captives limited the options of Israel, so far, to bargain about the release of the Israeli soldier Gilad Shalit.

* Despite the Egyptian ultimatum to Hamas to adopt the Egyptian initiative as a whole, take it or leave it, and there is no room to bargain about the Egyptian initiative, Egypt, along with Saudi Arabia agreed to accept the principle that the cease fire will be restricted to one year with an automatic mechanism to renew the cease fire after a year. The new diplomatic position contradicts Israel demand for an unlimited cease fire. On the other hand, the Hamas agreed on Turkish inspectors, since they are Muslims and not Europeans or Christians, to monitor the common border between Gaza and Egypt. Israel remains fully dependent on Egyptian ambiguous diplomacy. 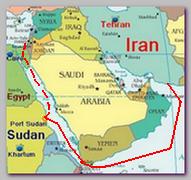 * On Wednesday 01/14/2009 at 20:00, in a press conference in sCairo, Egypt, Salah al-Bardawil, one of the three Hamas delegation members from Gaza, said Hamas accepts the guide lines of the Egyptian initiative although it will take more time to negotiate the details. The Egyptians claim that Hamas even accepted that Fatah inspectors, loyal to Palestinian Authority President Mahmoud Abbas, will control the Rafah border crossing with Egypt providing that a broad power sharing agreement will be achieved with the Palestinian Authority. Although Egypt tried to claim that this Hamas position is a “positive development”, it is the consistent position of Hamas since they took over Gaza in 07/2007.

* In a significant important move, the Israeli general director of the Foreign Office of Israel, Ahron Abramovich, arrived to Washington in order to form a joint international intelligence task force that will follow the path of the weapons smuggled to Gaza from Iran to Sudan , from their with speed boats to the Bedouins of Southern Sinai and through the Tribal Area of Sinai to Rafah Tunnels . Israel and USA are concerned about the genuine desire and ability of the Egyptians to really cope with the long chain of weapon smuggling to Gaza, which it almost ignored so far. The idea is to intercept the Iranian weapons before it reaches Egypt (see –  Dangerous SUDAN ).