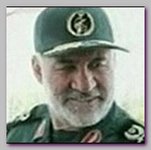 Several top commanders in Iran’s elite Revolutionary Guards have been killed, on Sunday 10/18/2009, in a suicide bombing in the volatile Baluchistan in South-East of Iran, in Pisheen district, on the border with Pakistan. Iranian state media say at least 40 people have died in the attack and dozens more injured.

The commanders were in Pishin region for a meeting with tribal leaders. No group has claimed responsibility for the attack.  Iran has previously accused a Sunni resistance group, Jundallah, of terrorist activities in the province.

Sistan-Baluchistan province, which borders both Pakistan and Afghanistan, has long been affected by smuggling, drug trafficking, banditry and kidnapping.

In 05/2009, three men were executed for their role in a bombing of a mosque during evening prayers which killed at least 19 people in the south-east city of Zahedan in Sistan-Baluchistan (see – Zahedan 05.28.09). The hangings came two days after the attack and the men were in custody on other charges at the time of the bombing.

Revolutionary Guards were among 11 people killed in an attack in 2007 in Zahedan (see also – Baluchistan-Rigi).

Earlier reports on Iranian TV quoted what it called “informed sources” as saying that UK was directly involved.

Parliament Speaker Ali Larijani was quoted saying “We consider the recent terrorist attack to be the result of USA action. This is a sign of America’s animosity against our country”.