3 SHOT DEAD BY SAUDI OFFICER AT US FLORIDA NAVAL BAS 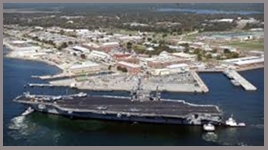 A Saudi aviation student and a Member of the Saudi Arabia Air Force, at USA naval base in Pensacola, Florida has opened fire in a classroom building on Friday 12/06/2019 at about 07:00 local time, killing at least three people before being shot dead bya responding officer. seven other people were injured.

The shooter was identified as Second Lieutenant in the Saudi Air Force  training in USA at the site since 2017, Mohammed Saeed al-Shamrani. Armed with a semi-automatic locally purchased Glock 45 handgun with an extended magazine, Mohammed al-Shamrani opened fire in a classroom building on Friday morning. He was apparently firing at random and at one point was slowed when somebody barricaded a door, allowing others to flee out of the building.

Investigators have found what purports to be an online screed written by Mohammed al-Shamrani and are working to determine if it is legitimate. In it, the writer expresses hatred toward Americans because of crimes against Muslims and humanity as well as US support for Israel.

The SITE Intelligence Group, which monitors jihadist media, identified him as Mohammed al-Shamrani as posteing a short manifesto on Twitter prior to the attack that read: “I’m against evil, and America as a whole has turned into a nation of evil.”

“I’m not against you for just being American, I don’t hate you because your freedoms, I hate you because every day you supporting, funding and committing crimes not only against Muslims but also humanity,” Mohammed al-Shamrani wrote. The manifesto — which also condemned US support for Israel and included a quote from Al Qaeda ’s deceased leader, the Saudi Osama Bin Laden — has been suspended.