Al Qaeda leader Osama Bin Laden has been killed by USA forces in Pakistan, on Sunday 05/01/2011 night, in the town of Abbottabad, 50km (30 miles) North-East of Islamabad, Pakistan’s capital. No Americans were harmed in the operation.

Bin Laden was killed in a ground operation in Abbottabad outside Islamabad based on US intelligence, the first lead emerged last August. He was on top of the US’ “most wanted” list.

The US has put its embassies around the world on alert, warning Americans of the possibility of Al Qaeda reprisal attacks for Bin Laden’s killing. An USA official quoted by Associated Press news agency said Bin Laden’s body had been buried at sea, although this has not been confirmed. 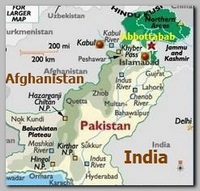 US President Barack Obama said he had been briefed last August on a possible lead to Bin Laden’s whereabouts. Finally, last week, USA intelligence had enough information to take action and the US President authorized the operation. After a “firefight” Bin Laden was killed and his body taken by US forces, probably to prevent any possible ritual to be created around his possible grave.

Giving more details of the operation, a senior US official said a small US team had conducted the raid in about 40 minutes.

One helicopter was lost due to “technical failure”. The team destroyed it and left in its other aircraft. Three other men were killed in the raid – one of Bin Laden’s sons and two couriers – the official said, adding that one woman was also killed when she was used as “a shield” and two other women were injured. Osama bi Laden himself was shot dead when he was unarmed. 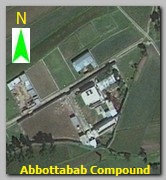 The size and complexity of the structure in Abbottabad had “shocked” US officials. It had 4m-6m (12ft-18ft) walls, was eight times larger than other homes in the area and was valued at “several million dollars”, though it had no telephone or internet connection, probably to avoid any technical surveillance.

The US official said that intelligence had been tracking a “trusted courier” of Bin Laden for many years. The courier’s identity was discovered four years ago, his area of operation two years ago and then, last August, his residence in Abbottabad was found, triggering the start of the mission.

Another senior US official said that no intelligence had been shared with any country, including Pakistan, ahead of the raid. “Only a very small group of people inside our own government knew of this operation in advance,” the official said.

The Abbottabad residence is just a few hundred meters from the Pakistan Military Academy – the country’s equivalent of West Point.

The senior US official warned that the possibility of revenge attacks had now created “a heightened threat to the homeland and to US citizens and facilities abroad”.

BBC security correspondent Frank Gardner says that, for too many in the West, Bin Laden became the embodiment of global terrorism, but to others he was a hero, a devout Muslim who fought two world superpowers in the name of Jihad.

Giving the conspicuous scale of Bin Laden’s compound, the time of at least 2.5 years he was living in Abbottabad, according to intelligence, in the heartland of Pakistan, the number of people living in Abbottabad, the proximity of a little more than 100 m’ from the Pakistani Military Academy, where stand-by teams are always ready to response, the number of people related to the compound he was living in and and the fact that the Indonesian Umar Patek was arrested there two months earlier – if Pakistan intelligence community indeed did not know about his whereabouts, as they claimed, it is a major failure and embarrassment to Pakistan but still just a failure (see – PAKISTANI ARMY). But it is much more likely that Osama Bin Laden was indeed protected by the Pakistani notorious ISI and, eventually, ‘handed over’ under immense American pressure.

There is growing tension and suspicions in USA over Pakistan’s double play and ambiguousness toward Al Qaeda, the Taliban, Afghanistan, the War on Terror and ISI ties with terror networks like Lashkar-e-Toiba and Jalaluddin Haqqani’s network.

For the moment it is not yet fully clear if the Martyr (Shahid) Osama Bin Laden is indeed less dangerous than the living and slowly fading away Bin Laden.

In the recent years Ayman Al Zawahiri, formally no 2 in Al Qaeda, is practically the acting leader of the organization. New offshoots of Al Qaeda like Lashkar-e-Toiba, Al-Qaeda in the Arabian Peninsula and MAGHREB al-Qaeda are taking in the last years the lead of the Global Jihad. As for the war in Afghanistan – Al Qaeda had but little influence on the course of events there.

** THE INTELLIGENCE LEAD TO ABBOTTABAB

* Hassan Ghul was a top Al Qaeda operative. He was arrested in Iraq in 2004. Ghul told the CIA about Al Qaeda operative Abu Ahmed al-KUwaiti, who is also a member of the inner circle of Osama Bin Lade. The CIA discovered Abu Ahmed al-KUwaiti real name was Sheikh Abu Ahmed. In 08/2010 Sheikh Abu Ahmed made a cell phone conversation from Osama Bin Laden’s compound in Abbottabad which, eventually, provided the necessary piece of information needed to carry on with the operation.

USA Navy Seals team also seized in Abbottabad compound 5 computers, about 100 CD discs, a disk on Key and other materials which can paralyze Al Qaeda for long time.

Al Qaeda, on Friday 05/06/2011, in a statement posted in various Jihad websites, confirmed Osmam Bin Laden’s death and vowed revenge but the authenticity of the statement is not possible to confirm independently.

** The cellphone of Osama Bin Laden’s trusted courier Abu Ahmed al-KUwaiti, which was recovered in the  Raid contained contacts to a militant group that is a longtime asset of Pakistan’s intelligence agency – ISI, senior American officials who have been briefed on the findings said, according to the New York Times, on Friday 06/24/2011.

The discovery indicates that Bin Laden used the Pakistani group, Harkat-ul-Mujahideen, headed by the co-signer of of Bin Laden’s 02/1998 Fatwa, which is actually Al Qaeda’s manifesto,  Maulana Fazlur Rehman Khalil,  as part of his support network inside the country. In tracing the calls on the cellphone, American analysts have determined that Harakat commanders had called Pakistani intelligence ISI officials, the senior American officials said.